Alyeska first observed a thermokarst collapse in June 2015 near pipeline milepost 87 east of the drivelane and just south of Lorrie Creek on the North Slope of Alaska. The collapse and associated thermal degradation of ice rich, thaw unstable permafrost soil and progressive soil erosion were the result of water flow into the thermally sensitive area. Permafrost degradation and encroachment towards thermally-sensitive VSM’s became a concern after drivelane subsidence was observed.

PDC representatives visited the site to make ground based observations and measurements and perform helicopter-supported aerial reconnaissance. Observations and measurements were used to develop an understanding of the areas general hydrologic setting and develop mitigation measures. PDC’s and Alyeska’s assessment revealed the drivelane intersected several natural drainages in the area, channeling water into the eastern drivelane ditch leading to the thermokarst collapse. Additionally, a drainage control feature upslope of the collapse was not functioning as designed; water that was intended to be channeled across the drivelane into the natural drainage path on west side of the pipe was actually funneling water into the eastern ditch.

PDC also, in collaboration with Alyeska and University of Alaska-Fairbanks, provided observations, findings, and drainage improvement concepts to UAF researchers for further studies of thermokarst collapse and subsequent healing and progressive erosion phenomena. 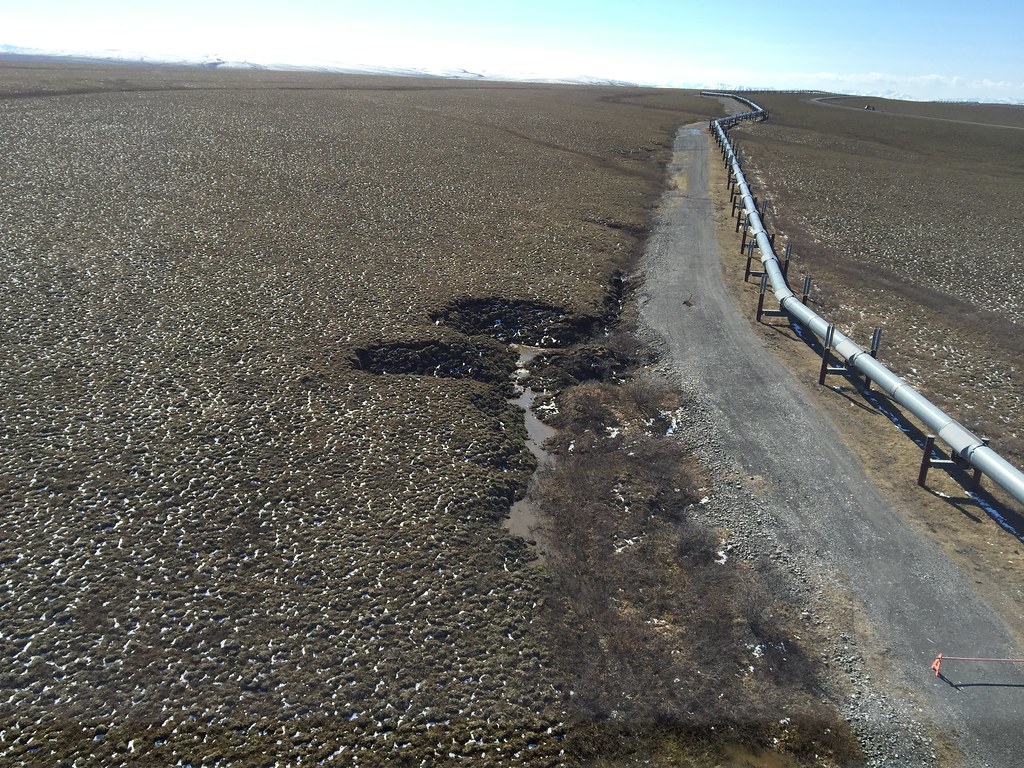 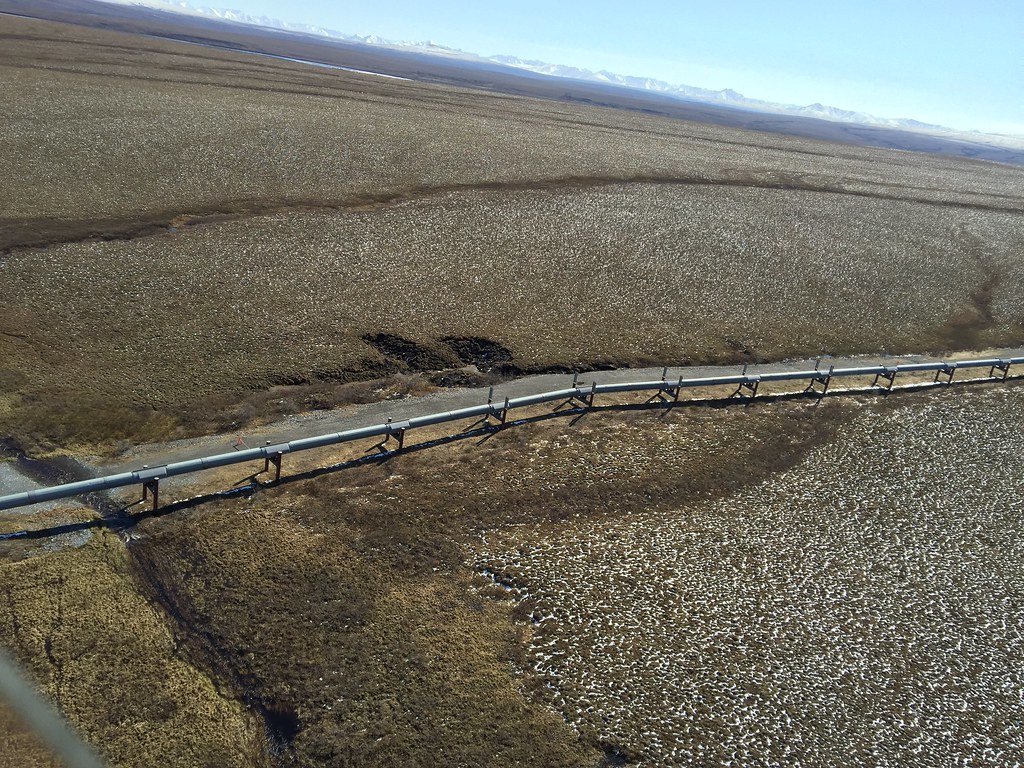 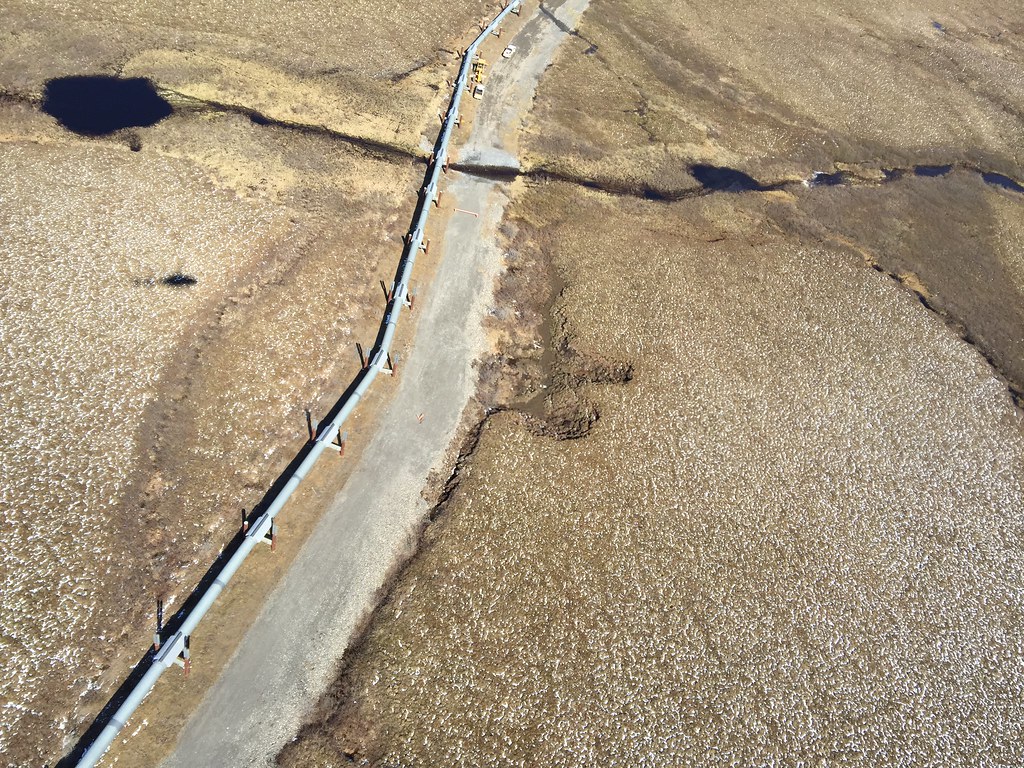